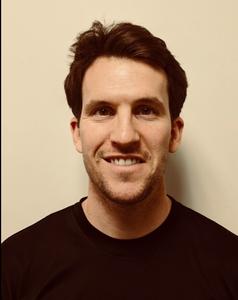 Joel Jezequel, DPT, is a physical therapist who strongly believes it is essential to address the site of pathology directly, as well as to determine the etiology of a specific injury - whether it is the result of biomechanical faults or patterns of movement - during rehabilitation. Joel advocates a marriage of quality research findings and clinical practice, taking into account individually tailored patient goals in order to create the perfect stage to provide optimal patient care.

Joel earned his Doctor of Physical Therapy (DPT) degree from Columbia University, where he studied in the advanced track for orthopedics. He completed clinical rotations at the Nicholas Institute for Sports Medicine and Athletic Trauma, as well as several other New York based orthopedic and sports clinics. Prior to attending Columbia, Joel received his Bachelor of Science degree in Applied Health Science from Wheaton College in Illinois.

Recently, Joel co-authored a systematic review, published in February 2014 in a special neurological issue of the American Journal of Occupational Therapy ,titled “Systematic Review of the Effects of Exercise on Activities of Daily Living in People With Alzheimer’s Disease.” Following extensive research, Joel also co-authored an article reviewing the effects of strength training on bone mineral density in elite female powerlifters 2.

He holds membership in the American Physical Therapy Association (APTA) and the New York Physical Therapy Chapter, within the sports and orthopedics section memberships. Born in Costa Rica, Joel grew up in Miami, Florida, where he began playing competitive soccer at an early age. He gained both local and state honors for soccer throughout high school and went on to play NCAA Division III soccer for Wheaton College.