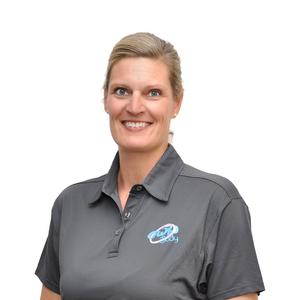 Kirsten graduated from La Trobe University with a Bachelor of Physiotherapy in 1999.
Since graduating, she has worked in both private practice and private rehabilitation
hospitals specializing in Orthopaedic rehabilitation and pain management. She also has a
keen interest in Pilates and strength training for older adults.
Kirsten undertook further study in 2007 completing her Graduate Certificate in Sports
Physiotherapy.
Kirsten is committed to working with her patient to achieve their individual rehabilitation
goals and to provide each patient with the tools they need to actively engage in the
rehabilitation process.
Outside of Physiotherapy, Kirsten is a wife and mother who likes to keep fit by running
and attending the gym regularly. She also has a passion for sport – particularly for the
Melbourne football club and Melbourne Vixens netball club. Kirsten was an AIS netball
scholarship holder from 1994-5, a member of the Australian U21 netball team in 1995
and a 2 time national netball league champion with the Melbourne Phoenix (2003 and
2005).